Posted in General | Comments Off on 2. Februar – Album Release Party 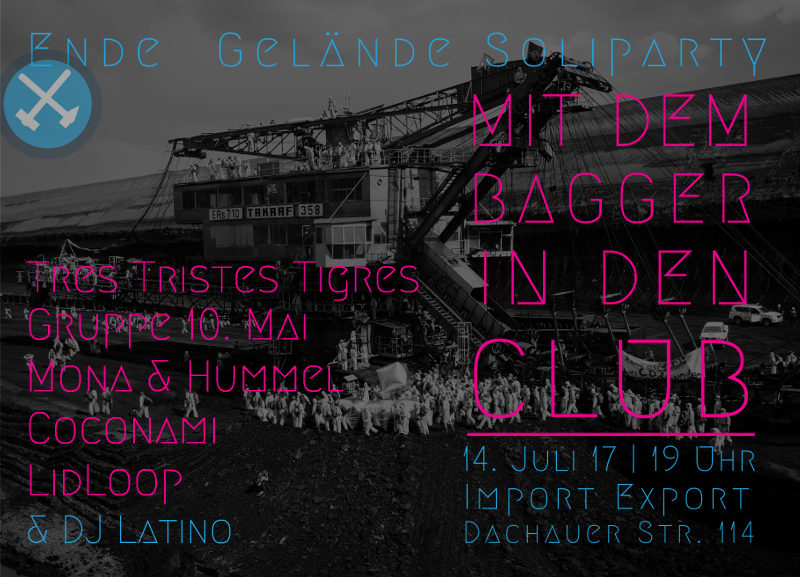 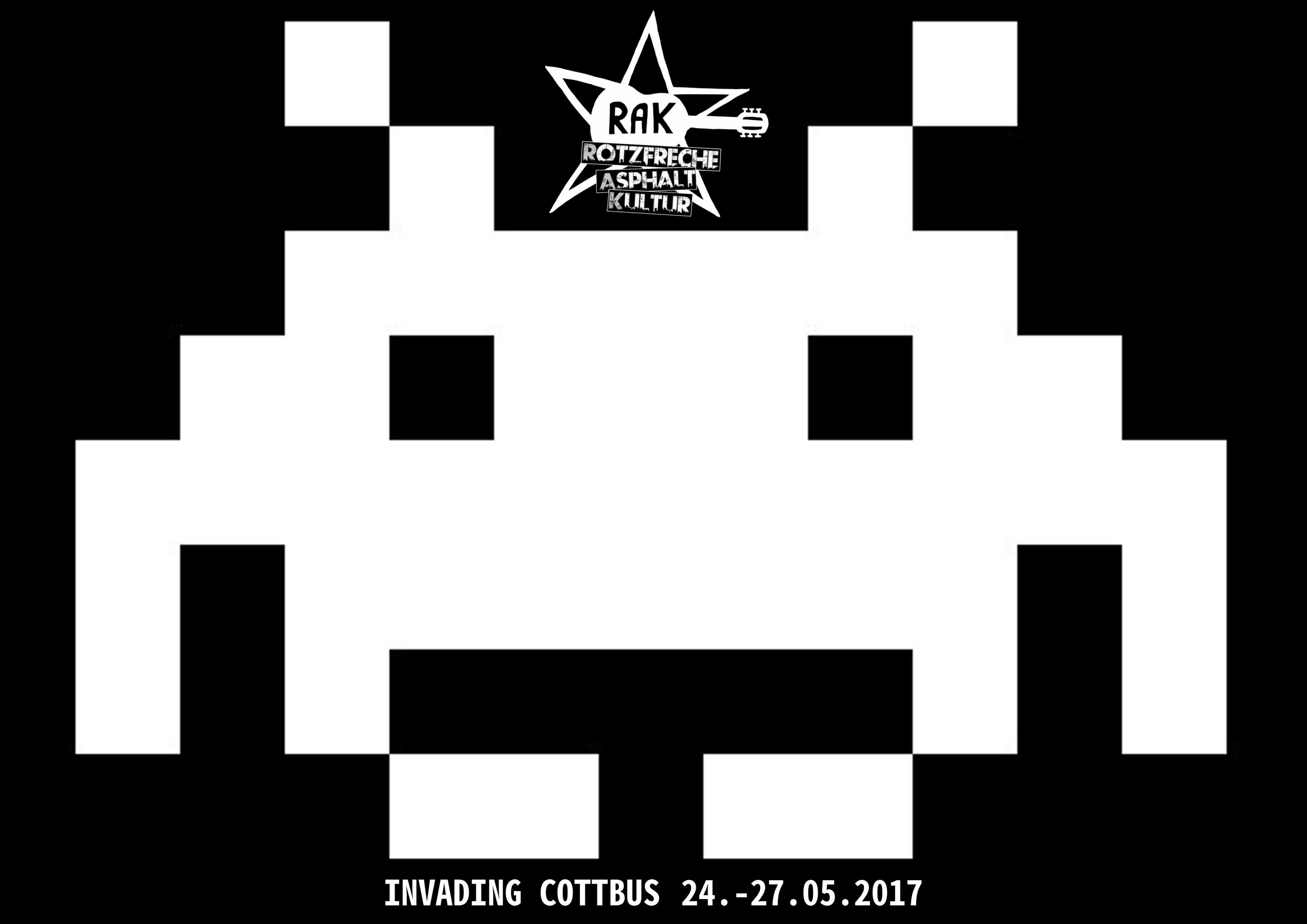 Posted in General | Comments Off on RAK-Treffen 2017 in Cottbus 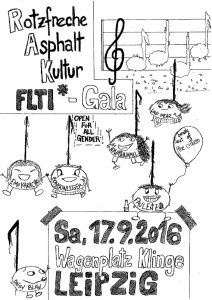 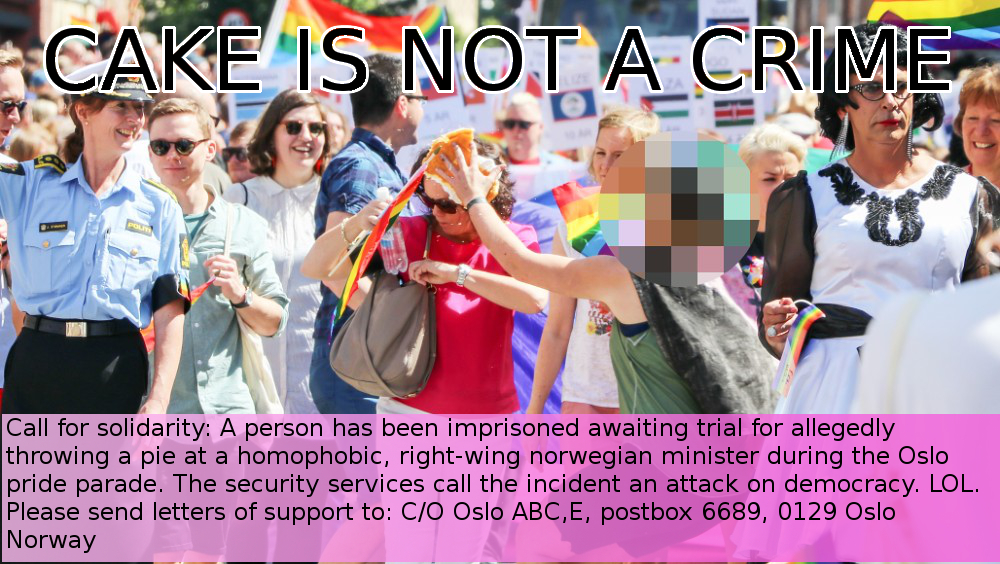 Last weekend, E from Cistem Failure got arrested during the gay pride in
Oslo. Unexpectedly, the cops are making a big deal out of the whole
thing. E was held in the police station over the weekend before being
brought to court today. The judge decided today not to release E, so
they are currently being held on remand in custody until their hearing,
which must happen in the next 28 days. At the hearing it will be decided
if they are guilty or not and what their possible sentence will be
(their lawyer expects between 20 and 40 days in prison). However, the
time they spend in prison on remand will be subtracted from their final
sentence. So if for example they wait 20 days until their hearing, and
then get a sentence of 20 days, then they will have already served their
time.

They have been charged under Straffenloven § 128, for hindering a state
official from carrying out their work. They are accused of throwing a
pie in the face of Solveig Horne, an asshole, sexist, racist politician
from the right-wing Progress Party, who had the cheek to march in the
front row of the Pride parade. She is the Norwegian Minister for
Equality, Children and Social Inclusion. She is known for her victim
blaming, and has in the past said has made homophobic remarks such as
“Is it okay that kindergartens read gay fairy-tales for young
children?”. The Progress Party are a known racist party that gives zero
fucks about refugees.

Anyway, we think it is strange that in general politicians are leading
Pride, have they forgotten about Stonewall? People can have Pride as
long as it means assimilating into capitalism and shit. I mean, why be
homophobic when queers also have voting rights and have money to buy
things with? The gay pride in Oslo gave the equality price this year to
the police…

Anyway. They are gonna be in jail for a bit and it would be cool if
peeps would send letters,
talk about the case, play our music, do a soliparty, write a song.
If you want to know more or get updated, or do something or just have
chat you can email this address.

Until then, none are free until all are free.

You can send letters (until we have a better address) here:

Posted in General | Comments Off on E in jail 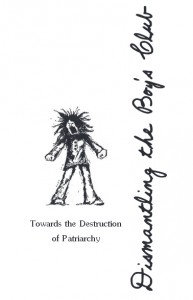 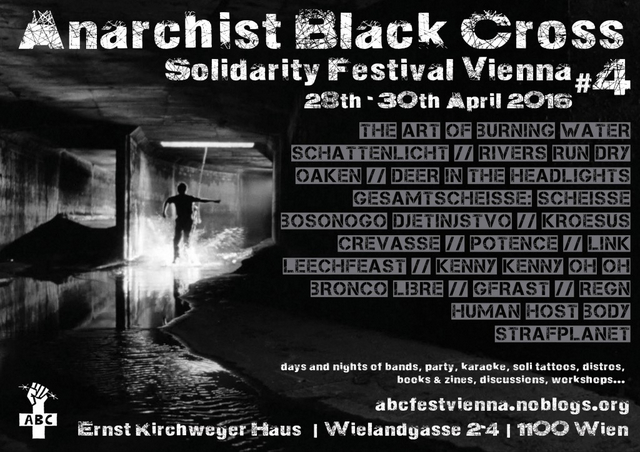